Munich is a founder-friendly location. This is said by 71 percent of the young entrepreneurs there, more than the national average. For most of them, being their own boss was the most important reason to take the step into self-employment. Every third founder also states that they want to earn more money.

This is the result of the 6th Entrepreneurial Customer Study commissioned by Commerzbank. The Ipsos opinion research institute surveyed 3,000 founders throughout Germany who had become self-employed in the past six years, 100 of them in Munich. The survey also shows that women are still clearly in the minority when it comes to setting up their own company. Three-quarters of Munich’s founders are male. 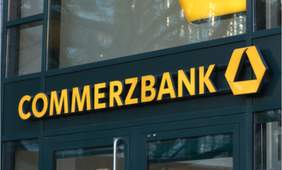 The value proposition of the Munich start-up e-bot7, founded in 2016, is “Significant reduction of the processing time of customer service inquiries.” For this purpose, e-bot7 develops so-called chatbots (automated dialogues), which can reduce the processing time of customer service inquiries by up to 80 per cent with the help of artificial intelligence. “With this, we have caught the pulse of the times”, Xaver Lehman, co-founder and one of three managing directors of the company e-bot7, which has received more than 20 awards so far, is pleased to say.

Customers today are large companies such as Deutsche Bahn, HDI, BMW, Strabag, O2 Deutschland, Commerzbank and many more. Investors such as main incubator (Commerzbank), Wayra (Telefonica Deutschland), 42CAP, RTP Global and 5 private investors clearly show with their participation of a total of eight million Euros that they are convinced of the business idea of the Munich founders.

Starting a business is the best learning platform

The founding location was very simple: the student dormitory in Maastricht. “We were thrilled and driven by the motivation to make a big difference with our own business”, recalls co-founder Lehmann. The starting capital was 1,500 euros. “Our biggest challenge was to turn our idea, namely to be a mediator between developers and a communication platform, into a business plan. To do this, we collected a lot of feedback loops from potential customers, which helped us a lot”, says Lehmann, looking back on his beginnings as an entrepreneur.

As a tip, the e-bot7 founder would like to give others the following: “Starting a business is the best thing you can do. Even a failure is not bad, because you learn a lot as a founder. Everybody grows only by his challenges, that is why you should always take the more difficult way. That steels for everything that comes. I would always decide to start a business!”